The Yoda of Drums

In this forum I try either to be informative about our products or light and whimsical about observations and such that strike me as interesting.  I try to stay away from things like eulogies.  However, someone who had a profound effect on my general outlook on life passed away recently and it is worth mentioning.  Neil Peart, the drummer and lyricist for the Canadian progressive rock band Rush passed away on January 7th at age 67.  He was someone I never met in person but was always someone I felt that I knew personally.  His song lyrics spoke to me when I was 14 and still resonate today.  I would listen to Rush records and marvel at Neil’s ability to seemingly defy the physics of quantum mechanics and with his innate ability hit the right percussion piece at the exact instant it was required.  Rush as a band made records for over 40 years.  Their last release of original material in 2012 was as poignant and relevant as anything they produced decades previously. 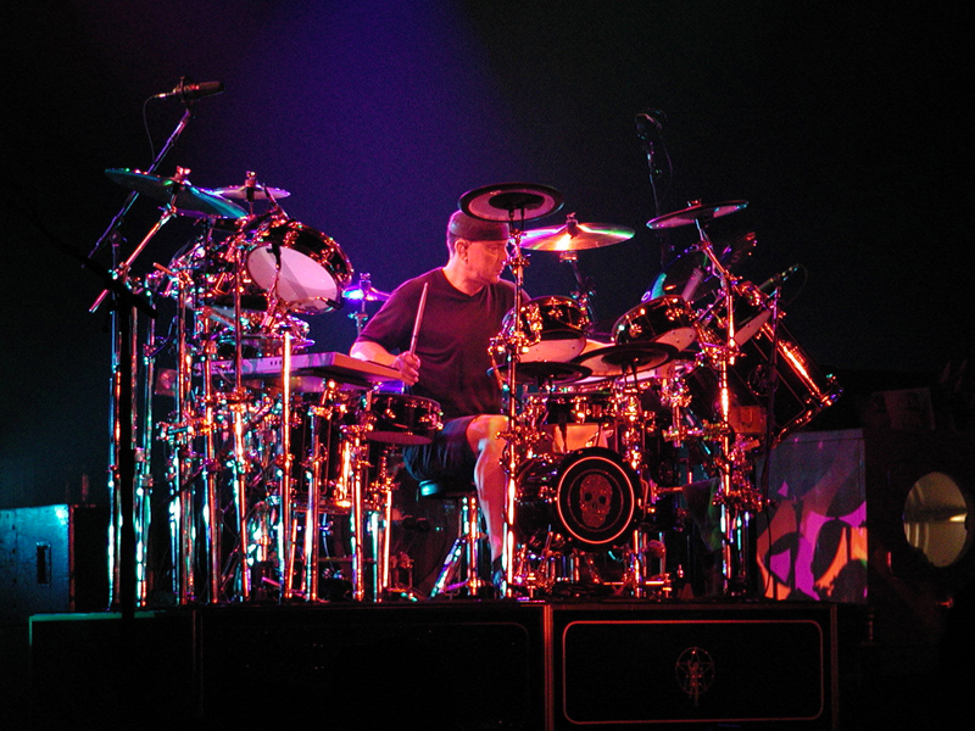 Growing up as a somewhat aloof and introverted kid in very rural America, Neil’s lyrics struck a profound chord for me.  I was one of those “Rush Geeks”.  There were only 5 or 6 of us in the whole town. All the other music at the time seemed to be a mish-mash of stuff about girls, cars, hair, drugs, clothes, etc.  It wasn’t like I didn’t notice or care about any of those things, it was just that what Rush was saying and playing was somehow more important. Us Rush Geeks liked to think we were smarter than the average bear and weren’t afraid or too self-conscious of that (at least as far as introverted kids could be).  While most of the other kids were mindlessly trying to boogie oogie oogie, I was absorbing words like:

What a lot of Rush Geeks liked about Rush was their intransigence and integrity.  By 1975 they had released 3 albums, each in succession sold less than its predecessor.  Their record company demanded that they make some “hit singles for the radio” and try to sound more like Bad Company or Led Zeppelin.  Most music acts in this situation would cower to the pressure and change themselves in order to fit into the wishes of the mainstream.  Rush went into the studio and told themselves “we are not going to do that, we are going to do it our way, and if we go down, we go down”.  They then made the seminal progressive rock album “2112”.  The first side was a single 20-minute long song in explicit defiance of the record company’s demands.  20-minute songs do not get played on the radio.  The album was not promoted in the music press or by the record company.  The title track “2112” told a story of individualism versus the collective and gave homage to the “genius of Ayn Rand”.  This message struck something in the minds of some rock fans (as well as Neil’s wicked roto-tom rampages in “Temples of Syrinx”). Simply by word of mouth from people who bought and liked the album without being told (mind you, this was decades before social media), “2112” went certified gold in sales.  No radio.  No press.  No glam.  The record company took notice and from then on let Rush do their own thing.

For those of you who are not Rush Geeks (and I expect there are many), it's hard to explain what the band and the song lyrics mean to us.  It is more than fandom or idolization. We couldn’t care less about what the band members eat for breakfast or what clothes they wear or what their astrological sign is. It's all about the music, lyrics, and the strict attention to detail and precision in the result.

If you think about it; for most of us the music we liked while growing up was essentially like a soundtrack to what was going on in our lives at the time.  If, for example, Three Dog Night’s “Joy to the World” comes on the radio, it more than likely will transport me back to the summer of 1971: my bike, the neighborhood, singing the chorus over and over in the car with my sisters much to my mother’s chagrin.  However, I have spent no time mulling over the cosmic significance or social relevance of a bullfrog named Jeremiah nor why some guy drank all of his wine.  For me, the music and words of Rush have never been a soundtrack; they have been in the forefront.  If you were to ask me about the year 1981; I don’t immediately think of my high school graduation or first serious girlfriend or going off to college.  I remember that Rush released the album “Moving Pictures”, remember marveling at the insane bass riff in the middle of “YYZ” and Neil’s next to impossible drum cascade coming out of the guitar solo break in “Tom Sawyer”.  At other times later on as life was happening (jobs, marriage, mortgages, etc.), the music and lyrics of Rush still resonated as pertinent:

“You can choose a ready guide in some celestial voice
If you choose not to decide, you still have made a choice
You can choose from phantom fears or kindness that can kill
I will choose a path that is clear.  I will choose freewill”
-    Neil Peart from the song “Freewill” from the album “Permanent Waves”

Heady words to live by, indeed.  Hopefully, I am not coming across as one who is cruising down memory lane on a nostalgia trip.  I am still as much a Rush Geek today as I was in high school. The first time I saw Rush perform was in 1978 and the last time was on their final tour in 2015 with 5 or 6 shows in between.  Most bands that were around in the 70’s that still play today are a shell of what they once were.  More than likely they may have only one surviving member of the original lineup and they are out playing their old hits on the riverboat casino nostalgia circuit.  Rush was just as relevant in 2015 as they were in the 70’s or 80’s.  They were still filling 20,000 seat arenas in 2015.  Many drum enthusiasts and learned published pundits have said that Neil was playing better and more precisely at the end of his career than 20 or 30 years prior.  As a concert-goer over the years, I have never been a fan of the obligatory drum solo.  In the words of Kevin Costner’s character Crash Davis in the movie Bull Durham, I think drum solos are like strikeouts in baseball - “they’re facist”.  The only exception to this rule has always been Neil Peart’s drum solos in concert - they were epic.  I remember reading in a magazine some years ago about what Rush was like in concert: “For their fans it's like some kind of holy trinity:  In the name of the Father and of the Son and of the Drum Solo…”

One thing I noticed at the last Rush concert I saw 2015 was that the audience was not 100% old farts like myself, as one would suspect.  Mind you, there were a lot of old farts like me; but there were a lot of younger people there as well.  I saw fathers and sons, fathers and daughters, even grandfathers and grandsons.  There was a sense that the older ones were providing a rite of passage to the younger ones.  The older ones seemed to be saying to the younger ones something like “Here is an example of a music group that has stuck to their principles and remained excellent at what they do for 40 years.  Take notice that it can be done”.

I remember talking to a small group of younger kids before the show and they were awed when I told them that I saw Rush “all the way back” in 1978. We were standing near the side of the stage and I could see the guitar tech backstage tuning a white Gibson ES-335.

I said “See that white guitar? - it's the exact same one that Alex (Rush’s guitar player) played when I saw them in 1978.  They opened the show with 2112”.  The kids were enthralled.  For a moment, I was a wise old sage and not an old fart Rush Geek.  One kid said that her parents weren’t even born in 1978.  Even that did not make me feel like an old fart, it reminded me that being a Rush Geek is as much a timeless state of mind as anything.