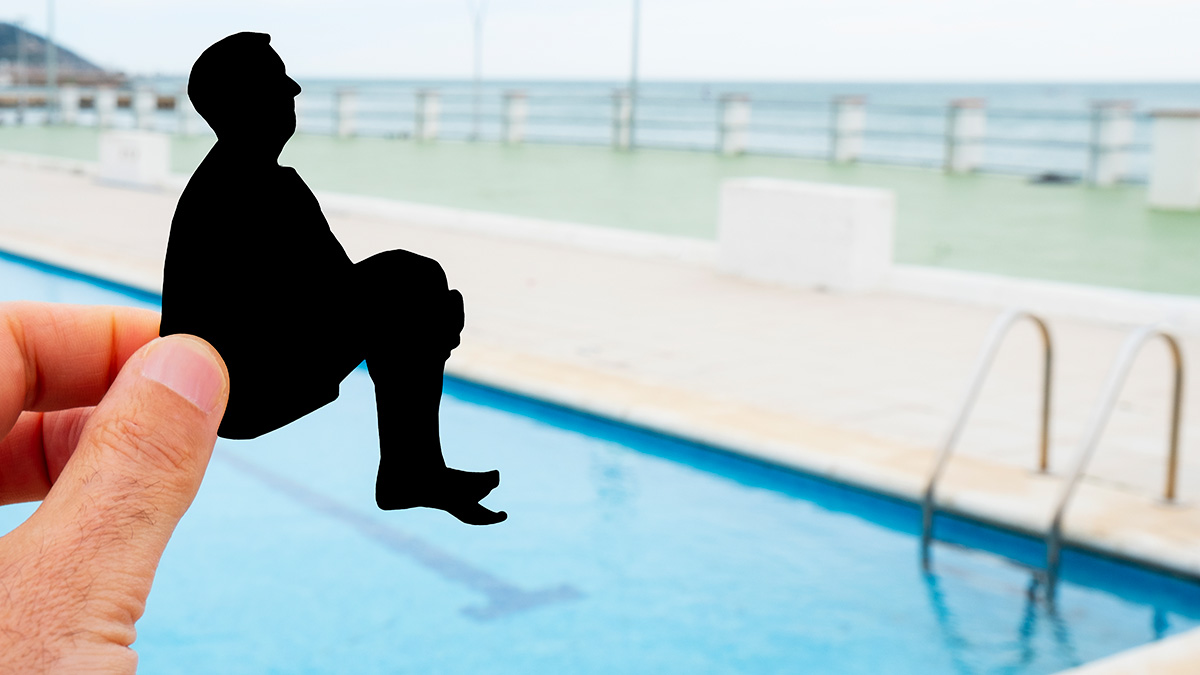 When I was a kid, and in particular that age period between when you start hating to go to school up until I discovered that both guitars and the opposite gender were nice and shapely; going swimming in the summer was about the best thing this side of Christmas morning. Growing up in a small rural town, virtually no one had a swimming pool. I mean not even an above ground unit much less an inground pool with a deep end and a diving board.

We would have to go to Blue Licks State Park and pay money to go swimming. On some summer days or even perhaps the evening before, we would get wind that one of our friend’s parents were going to take a carload to Blue Licks and that was my signal to start sucking up so I would have a spot in the vehicle.  Then would come the clandestine raiding of my folk’s secret penny jar to count out the 50 pennies it would take to come up with the 50 cents to gain admission.

I remember the pungent wafts of chlorine mixed with suntan lotion that would drift past my nostrils when slapping down my 50 pennies on the counter where you paid to get in. They also sold snacks and such at this counter, but unless my folk’s penny jar had the odd buried quarter or dimes, we would be out of luck for snacks.  A banner day would be when your folks actually forked over a couple of bucks for your trip to the pool.

As I got a little older, the diving board was my favorite.  I could not dive worth a crap, but being a somewhat hefty child; the obligatory cannonball and can opener were always fun splash-o ramas. Other times we played the “toss the penny and then race underwater to go get it” game.  For this, I required a mask.  My friends would say “just open your eyes underwater” and my response was a resounding “no way!”.  I tried a couple of times but the chlorine (and whatever else was in the water) always stung my eyes and at the end of the day my eyes could have been used as the “before” picture on a commercial for Visine.

Looking back I can hardly remember the last time I was in a swimming pool much less jumped off of a diving board.  I don’t know if it was the “ignorance is bliss” of youth, but now just the thought of getting into a crowded container of chlorinated e-coli baby diaper bisque is, shall we say at the least, uninviting.

At least from the chlorine standpoint, this got me thinking about a returned PULSEROLLER washdown motor roller we received a few months back.  The customer said that it failed. The rarity of such an occurrence piqued our interest and sure enough when we cut into it, it had water damage and we could see that the seals had failed.  This was something we had not seen before and began to wonder what was the cause.  There were no issues with the lot or batch these particular seals came from and we had no other failures reported for washdown rollers.

The seals we use in our standard IP66 washdown products are nitrile based.  As it turns out nitrile does not like chlorine when it reaches a certain level of concentration.  We went back to the customer and asked what they were doing, and sure enough they were using a fairly concentrated chlorine based cleaning solution to wash down the area where their motor rollers were installed.

We also offer an IP69K rated washdown motor roller and this model uses Viton seals which are much more resistant to caustic substances such as chlorine.  We replaced this customer’s motor rollers with our IP69K rated model.  Problem solved.

So if you are ever in need of our washdown products, please be cognizant of what solutions will be used to clean your conveyor area and let us know before you order so we can make sure you get a unit that will last a long time.

Now if I could get an IP69K bodysuit and goggles with lenses made of transparent Viton, I just might venture into a crowded swimming pool again.