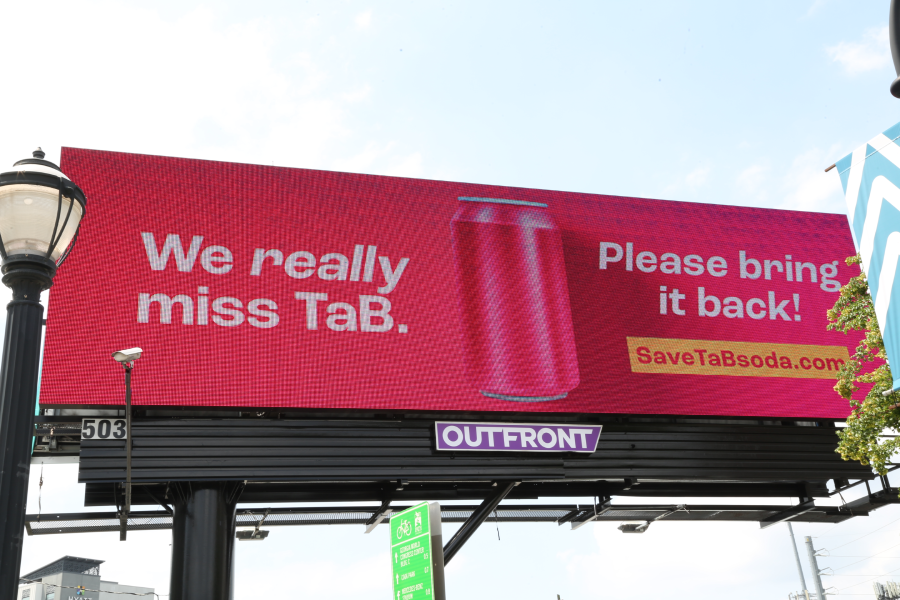 Dear gentle readers who remember 1985, please do not scour your recollections to come up with some global disaster or otherwise bad event from that particular year.  There were no notable military manuvers, terrorist activities, or natural disasters.  This 79 days in 1985 was the time period for what has been termed as the biggest debacle in marketing history. Here I quote directly from the official story from the Coca-Cola Company’s website:

On that day, The Coca-Cola Company took arguably the biggest risk in consumer goods history, announcing that it was changing the formula for the world's most popular soft drink, and spawning consumer angst the likes of which no business has ever seen.”

This is, of course, the period when “New Coke” was released to replace the “original Coke”.  To say the least, Coca-Cola was stunned at the public outcry and indignation that they, Coca-Cola, would ever consider doing such a thing. They were flooded with complaints, consumers began to hoard “original Coke” and emptied store shelves, and protest groups were formed.  One protest group claimed to have over 100,000 members.  Keep in mind this was before Al Gore invented the internet.

I do not want to recount all the interesting tidbits here.  I recommend viewing this article if you are interested in more details:  The Story of One of the Most Memorable Marketing Blunders Ever - News & Articles.

It took 79 days for Coca-Cola to change their campaign and eventually came up with Coca-Cola classic and kept the new Coke on the shelves as well.  Today the “new Coke” has suffered the same fate as the dodo.

Well here at Pulseroller, we are in a situation where we will soon need to improve our flagship controls product and we intend to do so without a hint of marketing debacle.  Since its initial release close to 12 years ago, our ConveyLinx-ERSC networked controller has sold over one-half million units.  This is a huge achievement for the 24VDC motor roller conveyor industry.  We are proud to toot our own horn as being the first and most widely used networked MDR controller in the world.

This begs the question:  “Then why in the world would you ever change it?”  The answer is “we are not going to change it, well sort of…….”

The events of the pandemic over the last couple of years has made us (and everyone else) very cognizant of our supply chains.  So much so that the term “supply chain” is ubiquitous even to the average 1st grader.

The ConveyLinx-ERSC is based on essentially 15 year old microcontroller technology.  There needs to be an update under the hood.  Even prior to the pandemic, our Pulseroller development team had to reconfigure our beloved ERSC module to conform to the European market and thus our ConveyLinx-Ai2 module was born.  With this development came up to date microcontrollers and the benefits they provide (faster, better, more memory, etc.) which our team turned into tangible benefits particularly in the motor commutation area.  All the while, adhering to the “if it ain’t broke, don’t fix it” mantra; the ERSC remained as originally designed and our North and South American and Asian markets have shown their gratitude by continuing to buy and use ConveyLinx-ERSC.

We are planning to utilize the latest microcontroller technology and what we have learned in more enhanced motor control and apply this to the ConveyLinx ERSC.  You may ask “what will this mean for me and my install base?”  The short answer is “absolutely nothing!”.  This new ERSC will be directly replaceable and compatible with all existing ERSC installations. PLC interfaces and built in logic functionality will remain the same.  There will be no “new ERSC” nor “classic ERSC” - just one ERSC.

This updated ERSC will allow us to open up some enhancements to motor performance such as ECO Plus mode which has been available with ConveyLinx-Ai2 for a while.  So, there will be an accompanying update to EasyRoll to gain access.  A way to think of this is that the ERSC is getting an “under the hood” tune up and the end result is that maybe your gas mileage will be much better, but the look and feel behind the wheel will remain the same.

Now, back to the Coca-Cola story; they were and are a huge company.  Such organizations would not embark on such a change in direction and marketing unless they thought it through, consulted focus groups, etc.  They had to think it was a good idea at the time.  Here at Pulseroller, we would be remiss if we did not consult our own focus group to see what “they” think.  In this case, the “they” I am talking about is the audience for this article: You, our gentle readers and loyal customers..

We could have continued with our update and not even said a word and our customers would never really notice any change.  It would simply be a new hardware revision listed in our user manuals.  That being said, I would be doing a dis-service to Pulseroller and to our loyal customers if we did not open the floor for ideas on potential changes and improvements that could happen concurrently with this update.

We Want Your Input!

Over the years, we occasionally have heard things like “I really like what we have been buying, but it would really be great if you did ___________ (fill in the blank)”.  I would love to hear from each and every one of you with any suggestions or ideas of things you like to see added or changed with the ConveyLinx-ERSC module.  The only cold water I will throw on this is that backward compatibility is more or less non-negotiable.  Even there, we will listen and if we can achieve a consensus with our loyal customers, maybe some backward compatibility restraints can be loosened.

Now, down to brass tacks.  Working with the design and manufacturing teams, we know this update needs to be ready for manufacturing sometime late first quarter of 2023.  I need you, our loyal customers, to send your feedback to me personally at pknapke@pulseroller.com by the end of November 2022 in order to make all of this happen.  If you would rather talk than type, call me at 859-647-8945.  Myself and the Pulseroller team look forward to hearing from each and every one of you.

Now if I could only find a 12 pack of Tab instead of that darn Diet Coke.